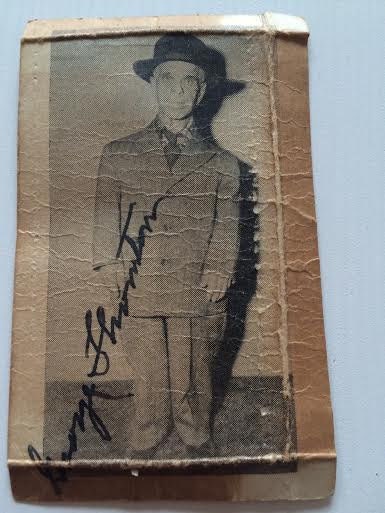 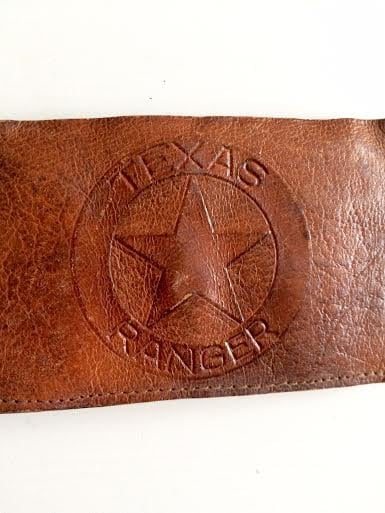 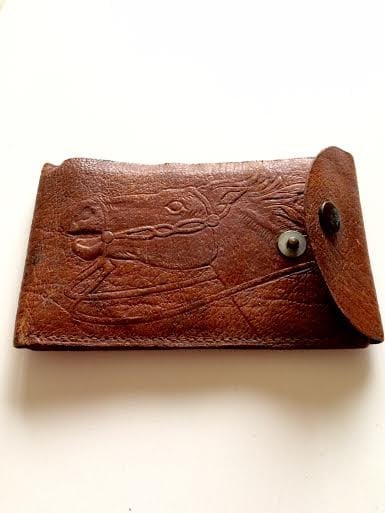 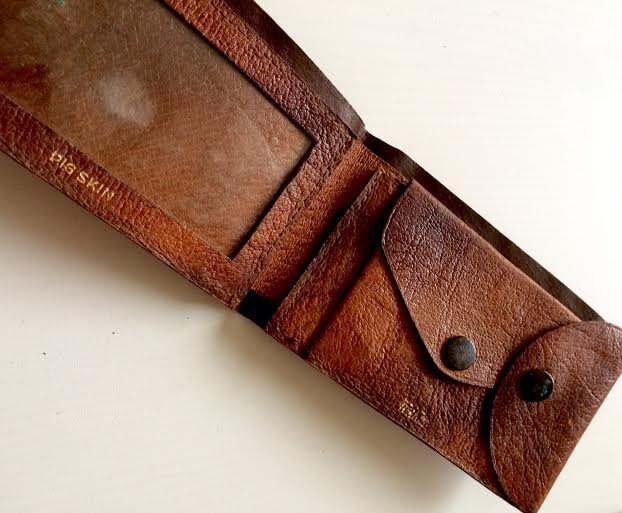 I knew Mr. Thornton when I was a small child. He was my friend. My Grandfather and Father owned a hotel and he would stay there when he traveled. He was a kind man and gave me this little wallet with his autograph on his business card. He and the Tallest Man Alive, cannot remember his name, would sometimes travel together. I assume they would do appearances together. My Grandfather made special arrangements for them to be comfortable when they stayed. The tallest man would get two beds put together to sleep on and a couple of seat cushions were kept for Mr. Thornton so he could eat in the coffee shop or use the desk in the lobby. And the Bell Boys would carry a stool for him when he would need it. He gave me the wallet with the card inside saying he only gave out wallets with his card to special friends. So the wallet was part of his marketing along with the photo business card.

Kind of impressive don't you think? I was a little kid who probably never even showed the card to my Grandfather of Daddy. Either I or Mr. Thornton folded it and put it inside so you could see it in the little window. I probably liked the photo on the front, so the info on the back was discovered many many years later. We just knew he was a very nice man who came to stay at the Hotel Jefferson in Pine Bluff, Arkansas once or twice a year for many years as i grew up. Pine Bluff is just South of Little Rock and on Highway 65 which in those days was a main highway to any of the Southern States from up North.
I used the wallet all the time but it is made of leather and is still in good condition. It even has a tiny change compartment. I loved the wallet and must have felt I needed to keep Mr. Thornton's card too, cause it has always stayed in the wallet. I remember sitting in the lobby listening to the radio with him after supper in the coffee shop. I think I was about his size and that is why it was easy to be his friend. I remember he had a high pitched voice, but such proper English and spoke distinctly. When he walked he weaved to one side, like it was difficult for him to walk.

I gladly accept returns and exchanges

Ship items back to me within: 30 days of delivery

But please contact me if you have any problems with your order.

The following items can't be returned or exchanged

Because of the nature of these items, unless they arrive damaged or defective, I can't accept returns for:

I can do custom and/or wholesale with proper info provided to me. My handcrafted earrings are available and I have a large inventory ready to ship. Request colors and post or dangles. I have very short, medium and long dangles available. Read my reviews. Everyone loves my Earrings. My PaintATreeADay ART does well for Galleries or Gift Shops and is sold unframed or framed. All wholesale will be discounted for resale purposes. And I do charge shipping on my wholesale order to be figured at the time of sale.

Always available if requested at time of purchase.

0 items in your cart